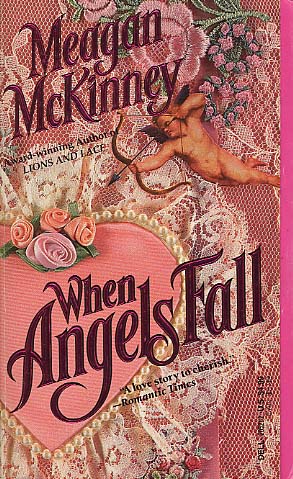 DEVIL'S KISS
It was five years since Elizabeth Alcester had laid eyes on her former stable boy Ivan Tramore . . . five years since her world had collapsed in devastating ruin around her. Now, penniless and desperate, she finds herself at the mercy of a cruel, ruthless stranger--a man who vows to possess her, whose hot searing caresses fan the treacherous flames of her darkest desires.

ANGEL'S DEFIANCE
Tramore had returned home in triumph--the unwanted bastard was now Lord Ivan, eleventh Marquis of Powerscourt--the most powerful man in London. Yet one woman had sworn to defy him . . . the proud beauty whose touch had branded him forever. But when at last he holds Lissa trembling in his merciless embrace, his lust for vengeance suddenly explodes in a frenzied fever of passion. And now no power on heaven or earth can tear him from the innocent arms that hold him captive, or protect her from the rapturous moment . . .
Reviews from Goodreads.com