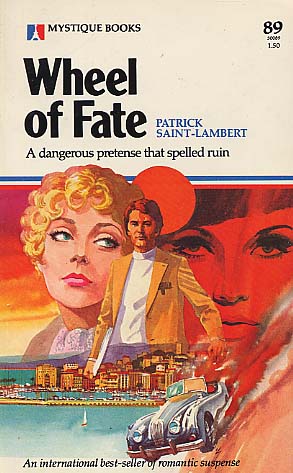 A dangerous pretense that spelled ruin

Her memory had been totally erased .

Two women were in the car when it crashed. Only one survived: Eve Arlandy, rich young socialite. Four months in a hospital and thousands of dollars were spent rebuilding her face and body. But no one could restore her memory. Uncertainly she accepted the identity given her and was soon caught in a merry-go-round of treachery and deceit.

But when her past came flooding back, she knew there had been a terrible mistake: she was not Eve. Yet it was too late, for the real Eve had made a dangerous enemy. Could she play a dead woman's game without knowing the rules?
Reviews from Goodreads.com