What's the Girl Worth? — Christina Fitzpatrick 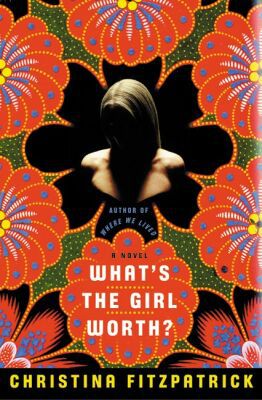 In this emotionally charged first novel, meet Catherine Kelly, a young cocktail waitress on the brink of her first trip alone to Madrid, Spain. From the beginning she is a feisty young woman, hard-edged and honest; yet as she leaves a world she knows and enters one she does not, a softer side comes through, a self-conscious vulnerability.

The most monumental loss in her life, her father abandoning her as a child, is revealed slowly as she navigates her way through the city of Madrid, through its heat-filled splendor, its oldworld cobblestone neighborhoods, its crammed, car-filled streets, its grandiose Palacio Real, which sits outside her window like a vision of perfection.

In her detailed reflections about her father, Catherine remembers a man who was charming and alcoholic, a man who regularly took his seven-year-old daughter to a bar and played games with her, amused her -- who instilled her with such adoration, such comfort, that she will spend the rest of her life, once he leaves, forever pining for him.

In the distant world of Madrid, Catherine finds an almost equaled symbiosis with an amusing older man named Esteban, who serves as her Spanish host. He introduces her to the glamorous city, to its culture and nightlife, and encourages her to revel in the exhilaration, the miraculous thrill, of being young and far from home. It is only after Esteban makes a certain disturbing proposal that Catherine ends up calling home and prompting an emotionally explosive visit from her father.
Reviews from Goodreads.com