What You Don't Know about Charlie Outlaw — Leah Stewart 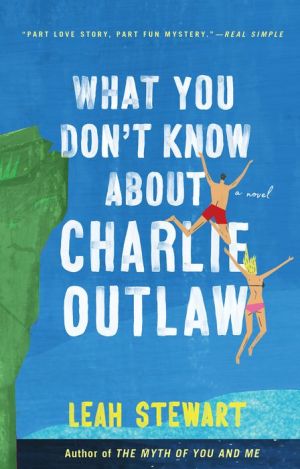 The celebrated author (whom The Boston Globe compared to Anne Tyler) of The Myth of You and Me explores an untraditional love story through the lens of a character actor who must finally become the hero of her own story.

After a series of missteps in the face of his newfound fame, actor Charlie Outlaw flees to a remote island in search of anonymity and a chance to reevaluate his recent breakup with his girlfriend, actress Josie Lamar. But soon after his arrival on the peaceful island, his solitary hike into the jungle takes him into danger he never anticipated.

As Charlie struggles with gaining fame, Josie struggles with its loss. The star of a cult TV show in her early twenties, Josie has spent the twenty years since searching for a role to equal that one, and feeling less and less like her character, the heroic Bronwyn Kyle. As she gets ready for a reunion of the cast at a huge fan convention, she thinks all she needs to do is find a part and replace Charlie. But she can't forget him, and to get him back she'll need to be a hero in real life.
Reviews from Goodreads.com