What Would Sam Have Made of This — I.K. Rowland 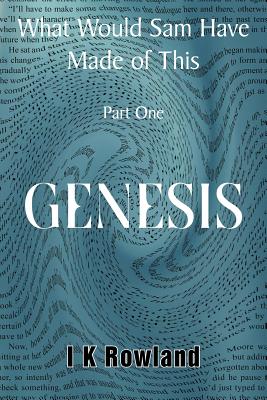 
Ian Moore is the quiet, mild mannered office manager of an architects and civil engineering practice, Aribatics Ltd. When he learns that the managing director is intending to make all the employees redundant without paying them any compensation he goes into action and successfully thwarts the managing director's plans. This brings the situation to the attention of Aribatics' sole client, a major U.S. construction company, AmerConCorp, who decide to take the practice in-house and merge it with its own small office already established in London. When Ian visits the premises of that small office he is horrified by its dilapidated state and urgently summons two of his senior colleagues to make their own inspection. As a result an urgent call is made to AmerConCorp to inform the senior management that their suggestion is impracticable. Nothing seems to happen until just over two weeks before the staff are due to be made redundant. Ian is startled to receive a summons to a hotel suite where he meets three vice presidents of AmerConCorp, who disclose their proposals. As a result Ian is charged with setting up a totally new combined office and is given just fifteen days in which to do it. He succeeds. His troubles are not over, however. Almost immediately he discovers a fraud that has been operating for at least ten years against AmerConCorp. Additionally he discovers a series of administrative defects in AmerConCorp's existing office, some of which break the law. He institutes appropriate remedies. Ian's life partner, Sam Waring, suddenly dies, leaving Ian devastated. His solicitor friend, Jan Freeman, comes to his assistance, especially where Sam's will is concerned. He and Ian had many years earlier founded a small financial services company, with Sam the active and Ian the sleeping partner. The company had grown significantly over the years, leaving Ian having to negotiate with the Inland Revenue concerning the value of the company. Although Ian finds his time very fully occupied by his day job he has managed to find time to write a novel. Unknown to him, Sam had been reading the manuscript. He insists that Ian should have the novel published, to which Ian reluctantly agrees. He doesn't do anything about that until he accidentally knocks over the file containing the manuscript. As a result, he finally makes the unrewarding effort to send specimen chapters of the book to various publishing houses. Eventually one publisher refers Ian's manuscript to a literary agent, who finds a specialist publisher willing to take on the task. At a meeting at the publisher, Niche Publications Ltd., Ian meets their sales and marketing manager, a younger man called Michael Tregowan. A firm friendship develops between them until one week Michael falls ill and Ian decides that his own home is the best place for Michael to be nursed back to health.