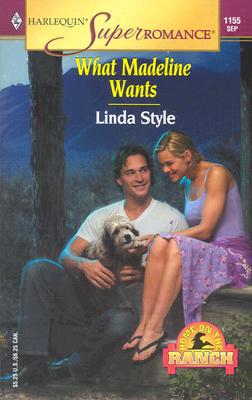 What Madeline Wants:
A second chance. And she figures she'll get that at the Tripplehorne Ranch in Arizona, where she's been hired to teach English to the Spanish-speaking staff.

What Madeline Gets:
A big surprise. The owner of the Tripplehorne is dead, and the new owner, J. D. Rivera, is a man with a secret. He's also dark, handsome and -- if the locals are to be believed -- dangerous. And hiring an English teacher just isn't in his plans.

But plans can always be changed....