What I Did for Love — Susan Elizabeth Phillips 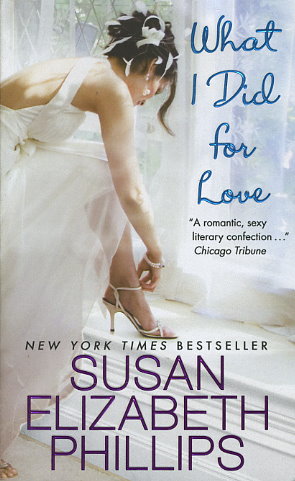 Georgie York, once the costar of America's favorite television sitcom, has been publicly abandoned by her famous husband, her film career has tanked, her father is driving her crazy, and her public image as a spunky heroine is taking a serious beating.

What should a down-on-her-luck actress do? Not go to Vegas ... not run into her detestable former costar, dreamboat-from-hell Bramwell Shepard ... and not get caught up in an ugly incident that leads to a calamitous elopement. Before she knows it, Georgie has a fake marriage, a fake husband, and maybe (or not) a fake sex life.

It's a paparazzi free-for-all as two enemies find themselves working without a script in a town where the spotlight shines bright ... and where the strongest emotions can wear startling disguises.