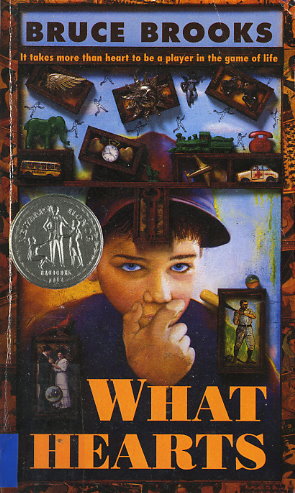 STRAIGHT A's AND AN EMPTY HOUSE
The day Asa wins school prizes, he loses a home, takes a night ride on the roller coaster, and finds out life doesn't run on tracks.

THE VARIETY SHOW
Asa's a lone operator, but he's needed on his friend's team -- to recite a poem that's about as real as the sunshine in cigarette commercials.

PLAYING WITH THE QUIK-E-FREEZE COOL GUYS
Seven moves in three years, and now Asa can't have the room he wants in the new house. His fake dad's a bully, and Asa knows everything, and baseball's a great way to act all that out.

HOW TO SAY I LOVE YOU, TOO
His mom's back, and Asa's looking down the road again, wondering if his life will stand still long enough for him to risk falling in love. . . .
Reviews from Goodreads.com