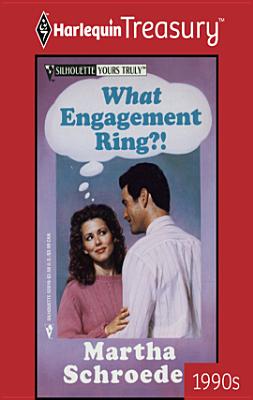 "The second my brother's four-carat diamond engagement ring was on your finger, you jilted him." - Jake Singleton, attorney. April Kennan had refused to even date Jake's sniveling brother -- let alone marry him! And now Jake insisted she return a ring she'd never been given, or he'd sue her for breach of promise to marry. So, there was only one thing for April to do. Agree to marry Jake's brother -- and hope her bluff eventually led her down the aisle with the Singleton brother of her dreams!
Reviews from Goodreads.com