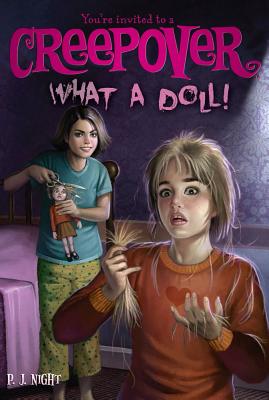 Emmy's new doll has strange powers over her best friend in this entrancing tale.

Emmy Spencer and Lizzy Draper have been best friends since birth, but now that they're in seventh grade, they've begun to drift apart. Lizzy -- insistent on being called Liz now -- has a new group of friends, and she has gone out of her way to exclude Emmy from them. It's almost as if Lizzy doesn't want Emmy hanging out with her anymore. But then Emmy comes into possession of a doll that can change all that -- a voodoo doll that will put Emmy in control of Lizzy's every move. Can she use the doll to save their friendship -- or will it end up controlling them both?
Reviews from Goodreads.com