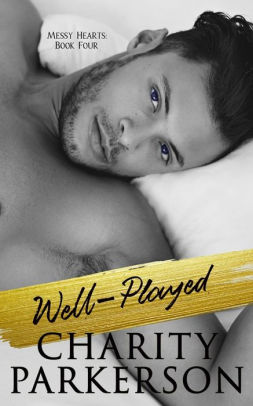 
An ugly divorce left Bay bitter. Antonio has exactly what he needs. If Bay would let him in, that is.After catching his husband in bed with another man, Bay is understandably a little gun shy. When he heads to Vegas for a conference, he never expects to meet a sexy Italian casino owner. Antonio has “player” written all over him. He’s too much of everything. Bay doesn’t want anything Antonio is selling, except he kind of does, and he hates himself for that weakness.Antonio has.... issues. There are things he deals with that not everyone can understand. For that reason, he chooses his friends and bed partners very carefully. He watches people, reads them, and only plays with the ones who have that certain neediness in their eyes. Bay is the perfect fit. There’s only one problem to Antonio’s mind. Bay lives over three hundred miles away.Distance and mistrust make the possibility of a real relationship seem impossible, but Antonio is determined to make Bay his. It’s a good thing the casino owner is used to rigging games in his favor.