Welcome to the Jungle — Matt London 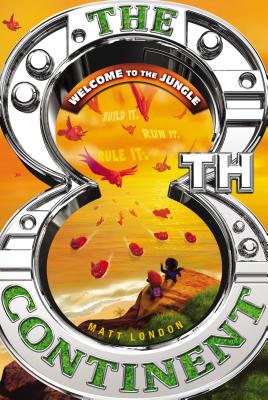 WHAT IF YOU BUILT A CONTINENT OF YOUR OWN? AND WHAT IF IT WAS ON A COLLISION COURSE WITH AUSTRALIA?

Rick and Evie Lane have finally converted the Great Pacific Garbage Patch into an eighth continent. But their dream of a new homeland for their family turns out to be short-lived. Because when robots from the villainous Condo Corp crash into their continent, a fatal oversight in the building process is revealed: the land mass was never anchored to the ocean floor!

Now, the eighth continent is sent barreling toward the coast of Australia, thrusting Rick and Evie's dreams, 23 million people, and countless plants and animals into jeopardy. If Rick and Evie are ever to get their family back together and have a continent to run -- and not run after -- they must find a way to root their beloved paradise to the Earth's crust. Or else everything that they built will go pow like Pangaea!

BUILD IT - RUN IT - RULE IT
Reviews from Goodreads.com