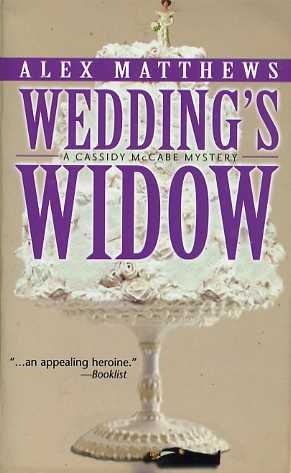 The marriage was over before it even began. As the couple spoke their vows, shots rang out and the groom dropped dead. Cassidy McCabe watches in stunned silence as the woman she helped to find happiness with the right man, becomes a widow at her own wedding.

No question the hit was professional. Now the big puzzle is, who killed Max O'Connell? Cassidy thinks the primary cause of death was, in fact, the victim's upcoming marriage to Claire Linden. The law agrees because Claire's ex-husband is now the prime suspect. Crossing the line between psychotherapy and sleuthing, Cassidy starts pulling apart the layers' of inconsistencies, exposing some incriminating evidence that earns her a blow to the head, and a warning to stop looking for answers...or die trying.
Reviews from Goodreads.com