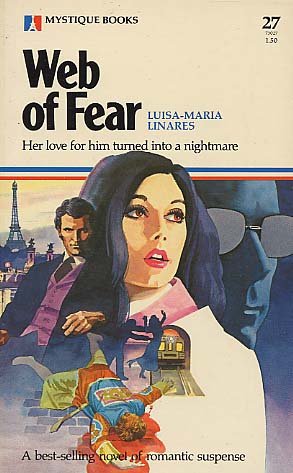 Her love for him turned into a nightmare

Her husband had been gone eight long months

The nightmare of his absence was growing. Danielle was at her wit's end. She was running out of hope ... and of money.

Then the mysterious phone calls began. Later she thought she glimpsed her husband, grim and unshaven, on a crowded Paris street. But shed just received his postcard from the Middle East that very morning....

Soon she was swept into a web of terror and death. One man, strong and commanding-sometimes threatening--held the key to the mystery... and to her heart.
Reviews from Goodreads.com