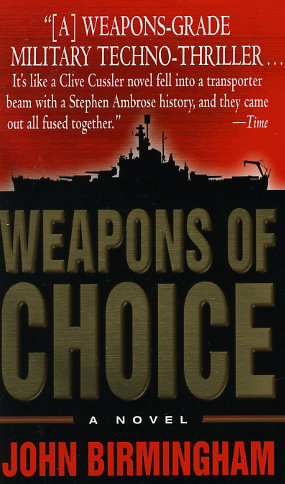 In the year 2021, a military experiment thrusts an American-led multinational armada back to 1942, right into the middle of the U.S. naval task force speeding toward Midway Atoll. Shock is followed by jubilation at the time travelers' awesome new firepower -- this astonishing event will alter the course of World War II and forever change the rules of combat. But have other ships made the trip and fallen into the hands of the Japanese? What happens next is anybody's guess -- and everybody's nightmare.
Reviews from Goodreads.com