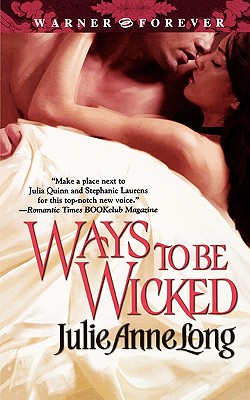 Dazzling!
Sylvie Lamoureux is the darling of the Paris ballet, renowned for her beauty and passionate dedication to her art. But when a mysterious letter sends her across the English Channel, she finds herself literally landing in the lap of one of London's most notorious men.

Daring!
With a face that has charmed many a London lady, theater impresario Tom Shaughnessy is used to women falling into his arms. But from the moment this feisty young Frenchwoman leaps into his carriage, he senses he's met his rival in wit, daring... and sensuality.

Destined!
When fate pulls Sylvie into the bawdy world of Tom's theater, a desire neither of them fully expects threatens to upend their well-laid plans. But the past Sylvie never knew she had will force her to make a decision. She can either let it bring down the curtain on their fiery pas de deux... or trust this wicked man with her heart.
Reviews from Goodreads.com