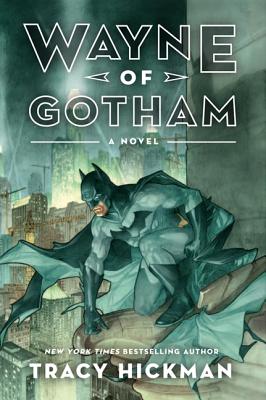 When the Batman begins to investigate the events surrounding his parents' murder, he will also uncover the darkest secrets of his family's past. No fan of the Dark Knight will want to miss this one-of-a-kind window into Gotham's dark protector in this fast-paced thriller from New York Times bestselling fantasy writer Tracy Hickman. Readers of Kevin J. Anderson's The Last Days of Krypton and Enemies & Allies will know that comic book characters pack a powerful punch when they enter the pages of a novel. Wayne of Gotham is no exception: as the DC Universe's millionaire playboy journeys into the dark recesses of his own past, his a journey that could spell the end for everything he holds dear -- and the end of the hero he has become: the Batman.
Reviews from Goodreads.com