Way of the Cowboy — Don Ward 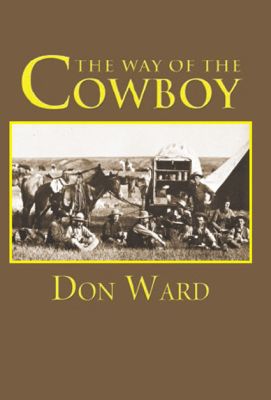 The Way of the Cowboy is the thrilling true story of one of the great icons in American history. It presents the even more amazing account of the independent cattle barons, the notorious cow towns, and the men on horseback who made up the Wild West. Riding the range, herding the great cattle drives, and whooping it up in places like Abeline and Dodge City, the cowboy became a legend in his own time, the hero of novels, Wild West shows, and motion pictures and television. The Way of the Cowboy illuminates the spell of the West and reveals the fascinating truth about the men who became such a colorful part of American history -- the cowboys.
Reviews from Goodreads.com