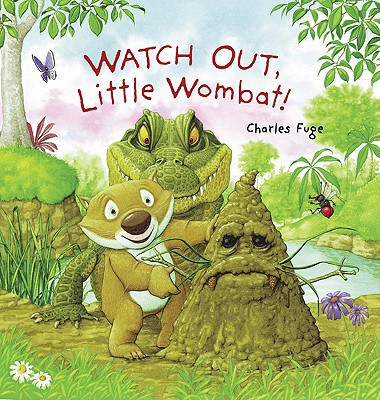 Share:
The adorable star of Charles Fuge's best-selling picture book series -- including Sometimes I Like to Curl Up in a Ball -- has returned in a cuddly, silly new adventure.
This time, Little Wombat's going on a Bunyip hunt! And what's a Bunyip, you ask? It's a mythical Australian beast that lurks in swamps, bogs, and riverbeds. Wombat is certain the creature exists, even if his friends Rabbit and Koala say there's no such thing. So he marches off on his own in search of the muddy monster -- and has plenty of exciting escapades along the way!

But does he find his Bunyip? Well, it's not real after all… or is it?