Watch for the Morning — Elizabeth MacDonald 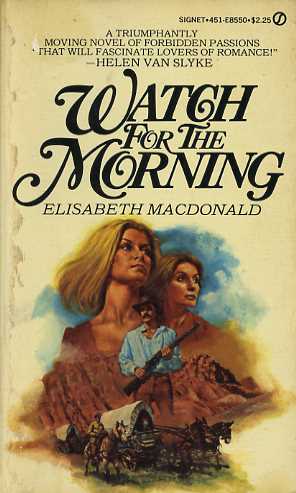 Young Kate Hamilton fairly worshipped her handsome Mormon minister husband when she came from England to 19th-century Utah. But soon she learned what it meant to be only the first of the wives of a man who turned from an adoring lover into an iron-willed master--and a monster of sanctified lust.

A DAUGHTER WHO YIELDED TO A TABOOED LOVE

Kate's daughter Mary Ann rebelled against the role she saw her mother play. Instead she took a path of defiant desire for a man who was not of her race--and risked a lifetime of shame for unforgettable hours of forbidden ecstasy.

Mother and daughter. Two women. Two loves. One of the most poignant and searing novels that has ever touched your heart....
Reviews from Goodreads.com