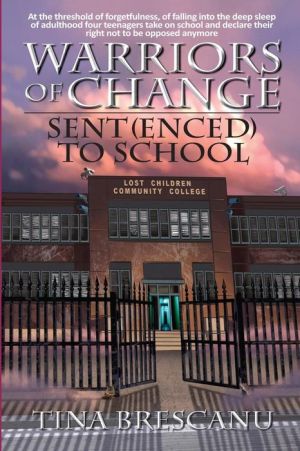 When Milla is sent(enced) to six years in secondary school her unrecognised school-itis gets worse. “It’s a real disease,” Milla insists who has survived early puberty and two uncompleted suicides due to being forced to become who she isn’t. “No, I’m not bullied, sometimes it’s “just” school.” But she can’t let her parents go to prison again. She meets Sky, a homeschooled, disabled boy who self-medicates on laughter and Sunny, a girl of unusual origin who insists she’s Milla’s guardian angel. “You’re more powerful than you know,” she says and Milla listens as the animals whose powers she has always been fascinated by suddenly comes to life through her. Together with her Irish twin brother, Holger, the foursome take on school in a battle to regain ownership of their own lives. In this unconventional story, four teens fight against school as the only option to journey through the start of life, but violence, punishments and threats can change minds, will it change theirs? Will Milla and her friends succeed in their mission to change school or will they be made to fall back into line and follow the mass schooling?
Reviews from Goodreads.com