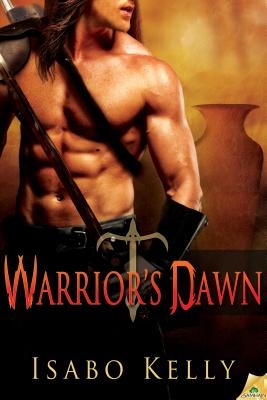 For a chance at love, he may have to offer up his last drop of blood.

Branded a traitor, Althir of Glengowyn has resigned himself to life as outcast from his own people-until he's offered a chance at redemption. A suicide mission to retrieve a vessel bearing the ultimate weapon: the Sorcerers' true names. His companion on the journey is a human woman unlike any he's ever encountered. Beautiful. Brave. Fascinating. And before he knows it, keeping her safe is more important than his own salvation. Mina Dawnswealth's talent for spycraft has kept her alive even as her dreams-and her family-have fallen victim to the war, one by one. Much as she hates the idea of helping the traitor elf, at least she gets the pleasure of burying a knife in his back should he decide to betray her people again. A much easier task if she didn't find him so compelling. Only when they're beyond the point of no return do they discover just how much blood their mission will cost. And how much love it will take to overcome their pasts-if they survive.

Warning: Contains an arrogant ass of an elf hero and a human heroine with a bitter past who would like nothing better than to kill him. Danger, fighting, hard language, magical mayhem, deadly Sorcerers and hot sex fueled by an addictive pheromone. Can we get a "Hell, yeah"?
Reviews from Goodreads.com