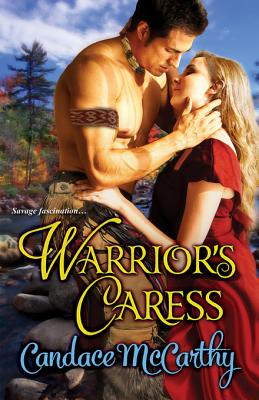 HE HELD HER CAPTIVE
Abigail Rawlins had come to the shores of Lake Ontario in search of her missing brother. She knew about the threat of Indians, but she never expected to find herself a captive to the mighty Onondaga chief, Great Arrow. determined to ignore the arrogant savage, she soon became fascinated with this white man-turned-Indian. Bold muscles rippled beneath his deeply tanned skin and sun-streaked hair fell to his broad shoulders, and Abbey felt passion rise at the sight of this rugged warrior for she knew that he alone could pleasure her with glorious nights of a wild and untamed love!

SHE HELD HIS HEART
Great Arrow had been happy to avenge the loss of his betrothed by kidnapping this white woman and then trading her to French trappers. He had been born into an English family, but after being captured and raised by Indians he had no interest in white people and their violent ways. Yet his newest captive had succeeded in stirring his desire like no other. Her fierce spirit made her stand out as did her golden hair which shone bright as the midday sun. He'd take this defiant woman as his own, caress her shapely body, touch her petal soft skin, and carry her to the heights of a warrior's white hot passion!
Reviews from Goodreads.com