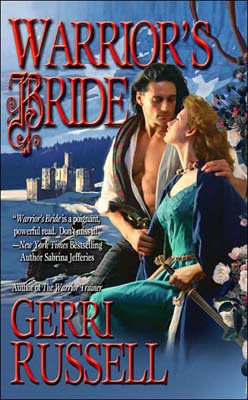 Locked away in a tower, young Isobel had watched its power slowly drive her mother mad. And now, years later, the Stone's secrets threaten to be the death of Isobel as well. Douglas Stewart, known as the Black Wolf of Scotland, has no intention of taking a wife, despite his father's demands. But the moment he sees Isobel, he is spellbound by her fiery defiance and delicate beauty. They are united by destiny yet beset by betrayal. Only by opening her heart to love and living up to her legacy can Isobel become a...Warrior's Bride.