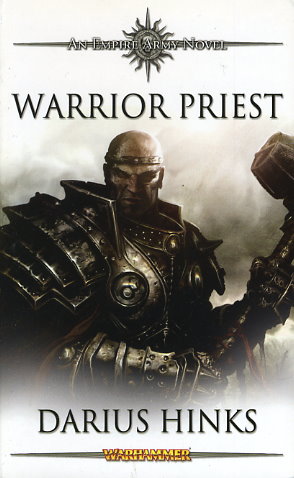 WARRIOR PRIESTS ARE the holy crusaders of the Empire, crushing daemons, witches and heretics alike with righteous fury. These bold men wield death and damnation, with warhammers held high and the word of Sigmar on their lips. They are the final bastion against the forces of darkness. Jakob Wolff is one such warrior, and sets out to track down his brother, whose soul has been tainted by the Ruinous Powers. Family must be put to one side as he battles to prevent the Empire from sinking into Chaos, with only his strength of arms and the purity of his beliefs to call upon.

Warrior Priest continues the thrilling Empire Army series which brings the battles of Warhammer to life.
Reviews from Goodreads.com