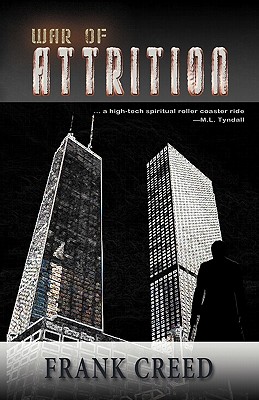 Share:
Set in 2037, Calamity Kid and his muscle cell are targeted by the One State's Federal Bureau of Terrorism and must survive alone in Chicago's Underground. At one-half its usual might, the cell encounters traps and snares set by a faceless opponent-and question the suspicious arrival of a bio-engineered One State traitor. Blamed by the media for the very violence they're trying to contain, CK and his fellow saints race for their lives to avoid the high-tech crosshairs aimed into the underground. War of Attrition, Book Two of the UNDERGROUND, is the sequel to Frank Creed's award-winning Christian sci-fi/ cyberpunk novel, Flashpoint.