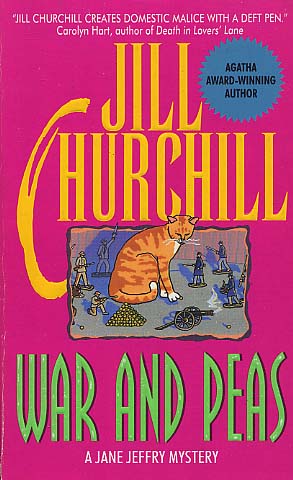 Wealthy old Auguste Caspar Snellen, the legendary "Pea King," is long gone, but his greatest legacy lives on: the Snellen Museum, an institution dedicated to the glorification of local lore and legumes. But at this year's annual Pea Festival, the museum sustains a terrible loss when its able, innovative director, Regina Price Palmer, is shot to death during a noisy reenactment of a Civil War battle.

Suburban single mom Jane Jeffry was a costumed participant in the deadly pageant. Now her part-time work at the museum has put Jane and best friend Shelley Nowack in the midst of a veritable podful of murder suspects. And it's up to Jane and Shelley to determine who fatally beaned poor Regina--before another victim is planted six feet under.
Reviews from Goodreads.com