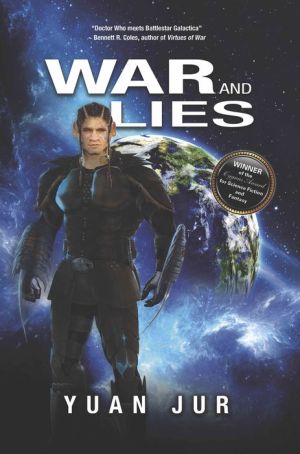 Share:
In the second book of the Citadel 7 Superverse saga, war is brewing on the violent world of Tora. But beyond this local struggle, an inter-cosmos war is brewing with control of all existence at stake. Superverse wardens Uniss and Dogg have fought such a war before, but this time they know that their human charge Ben is somehow the crux of the impending conflict. As unseen forces push Tora's war to its flashpoint, Ben's own ominous secret stirs, and it's clearly the key to either victory or complete oblivion for the Superverse.