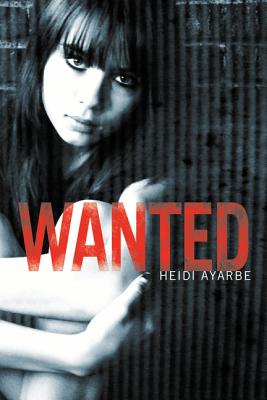 A one-word text message: That's all Michal "Mike" Garcia needs to gather a crowd. Mike is a seventeen-year-old bookie, and Sanctuary is where she takes bets for anyone at Carson City High with enough cash. Her only rule: Never participate, never place a bet for herself.

Then Josh Ellison moves to town. He pushes Mike to live her life, to feel a rush of something -- play the game, he urges, stop being a spectator.

So Mike breaks her one rule. She places a bet, feels the rush.

In an act of desperation, she and Josh -- who has a sordid past of his own -- concoct a plan: The pair will steal from Carson City's elite to pay back Mike's debt. Then they'll give the rest of their haul to those who need it most. How can burglary be wrong if they are making things right?

Wanted will thrust readers into the gritty underbelly of Carson City, where worth is determined by a score, power is derived from threat, and the greatest feat is surviving it all.
Reviews from Goodreads.com