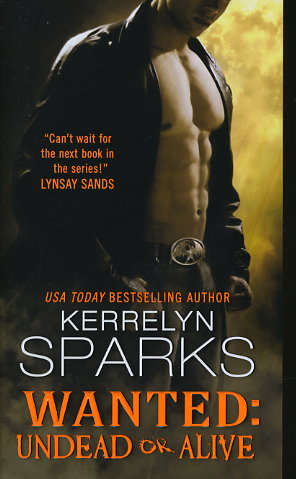 HE'S A VAMPIRE FROM THE BIG CITY . . .
Phineas McKinney thought New York City was tough, until he was attacked by Malcontents -- evil vampires who consider mortals to be snacks. Saved by the good vampires, Phin swore to devote his now undead life to stopping the Malcontents. He's got his job cut out for him when word comes that their enemy may be hiding in Wyoming. What does a city boy like him know about horses and campfires? Good thing he's got Brynley Jones with him . . . if only she didn't hate every vampire on earth.

SHE'S A WEREWOLF PRINCESS . . .
Bryn believes vampires are seductive and charming, and that makes them dangerous. So she's more than a little annoyed about teaming up with Phin, even if he is the only bloodsucker able to make her inner wolf purr. But as they hunt down the new leader of the Malcontents, danger threatens . . . and Phineas and Brynley discover a passion that will rock the foundation of their supernatural world.
Reviews from Goodreads.com

Wanted: Undead or Alive by Kerrelyn Sparks
Love At Stake Series Book 12
The Love Doctor finally gets his side of the story told. It seems everyone around Phineas is falling in love...accept for the Love Doctor himself. Oh the women want him and his uniqueness until the next thing comes along but there is no love in the air for the doctor. And the one person who makes him think of the blue sky he'll never see again every time he looks into her eyes...well she's a bit furry and has a deep hatred for the fanged community. When Corky decides to take her show into hiding and making herself Queen of the Malcontents...Phineas and Brynley are thrown together to hunt her down in the Jone's old stomping grounds, Wyoming.

Brynley loved watching the commercials with Phineas. She could listen to his sexy voice and look at that sculpted body. He was always calling her Snout Face so she knew he would never care for a werewolf. Not that they could ever make it anyway. Vampires used people and seduced them. And her father would hunt down and kill anyone he didn't approve of. When she was needed to go protect Phineas during the daytime and help him search the area for Corky during the night...was it too close for comfort and or comfortable closeness? You'll have to read the book to find out the rest of the story. Brynley is the twin sister to Phil, Forbidden Nights with a Vampire.

I enjoyed this book as I have with the previous 11. I like that each book brings back the characters and as in this book...we get to see some updates in the couples lives. Being we have seen Dr. Phang and all his antics since the time he was rescued from the Malcontents in Angus and Emma's story, Be Still My Vampire Heart, it was nice seeing him in his own tale and hearing about his past. Kerrelyn writes in such a way that the characters come to life. You can feel their anxiety, sadness and desires.
*Contains sexual situations. 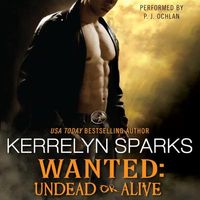 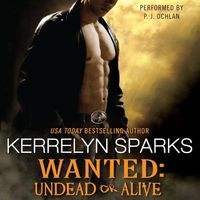