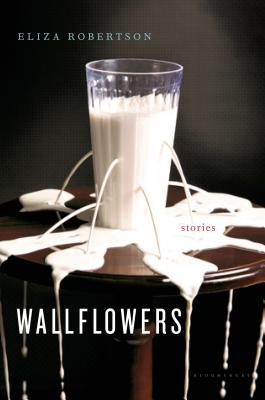 In the opening story of Wallflowers, a girl is cat-sitting for her neighbor, sleeping in the neighbor's house. It's nearly identical to her mother's nearby-in the Copper Waters subdivision, they all are-but she likes it here, eating boiled eggs and watching TV, feeling out her freedom as heavy rains fall. And then a nearby dike fails. And the girl may be the only one left in Copper Waters.

Eliza Robertson can handle the shocking turn, but she also has a knack for the slow surprise, the realization that settles around you like snow. Her stories are deftly constructed and their perspectives-often those of the loners and onlookers, distanced by their gifts of observation-are unexpected. In "We Walked on Water," winner of the Commonwealth Short Story Prize, a brother and sister train together for a race that will ultimately separate them forever. In "L'Étranger," shortlisted for the CBC Short Story Prize, a girl abroad in Marseille reconsiders her unendearing roommate after an intimate confrontation.