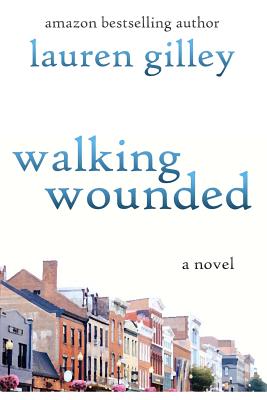 Luke always thought he’d grow up to be a famous author. He also thought nothing could ever damage his relationship with his childhood best friend, Hal. He thought a lot of things that proved to be untrue. Now he barely makes rent and proofreads articles at a New York gossip rag, dreaming about what-might-have-been. He’s not bitter about it. He’s not. And he certainly isn’t lonely. Will Maddox – Korean War vet, unapologetic curmudgeon – is the father of a controversial young US Senator, and he’s in trouble with the law after striking someone outside a charity event. In Luke’s eyes, he’s just a senile old man with anger management issues, and he has no idea why his editor would send him to DC to interview him. He flies down from New York thinking he’ll stay a day, expecting an epically boring assignment. The catch? Hal works security for the Maddox family. And he’s really excited to see Luke after three years apart. And Luke is still really, hopelessly, desperately in love with his best friend. Luke’s about to learn there’s a big difference between expectations and reality. And this interview just might be the best thing that’s ever happened to him. A book about the bravery of ordinary people, and the wounds they carry.
Reviews from Goodreads.com