Walk with an Angel — Dan Yates 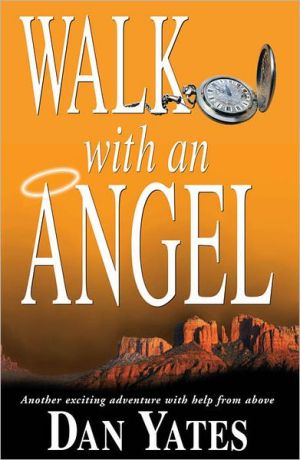 Share:
Eight years ago, Tanner Nelson's pleasant life crashed headlong into misfortune when his best friend Brandon Cheney was murdered. To make matters worse, Katherine Dalton, the woman Tanner hoped to marry, left for a new life in Australia. Since then, his life has been in an emotional holding pattern. Tanner doesn't realize it, but it's now time for things to be put in order -- with a little heavenly help.

At the same time in the far side of forever, Mitzi is gladly filling her assignment as Tanner's guardian angel when Brandon, now an angel himself, shows up to help. Do the authorities think she can't do her job? Is he going to replace her? Mitzi soon realizes that Brandon is there primarily to advance the earthly investigation of his own murder and redeem an innocent man. But Mitzi sees an even larger picture -- and uses her special skills toward rekindling the heartfelt love between Tanner and Katherine.

Walk with an Angel is classic Dan Yates, brimming with suspense and romance in a story that gives love another chance -- in heaven and on earth.