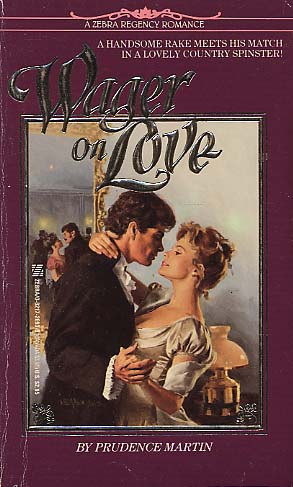 A HANDSOME RAKE MEETS HIS MATCH IN A LOVELY COUNTRY SPINSTER!

Only a rogue like Nicholas Ruxart would choose a bride on the basis of a careless wager. And only a rakehell like Nicholas would then fall in love with his betrothed's grey-eyed sister! The cynical viscount had always thought one blushing miss would suit as well as another, but the unattainable Jane Sommers soon proved him wrong.

Jane considered herself on the shelf and was resigned to the life of a country spinster. She wanted no part of the London Corinthian who had gambled so coldly on her sister's affections. She was determined to ignore his knowing, mocking gaze, resist his darkly handsome smile, rebuff his perfect, polished charm. But could she deny the tender yearnings of her own traitorous heart?
Reviews from Goodreads.com