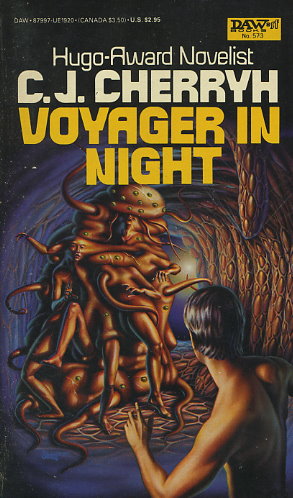 Share:
Two voyages, two ships. One had been en route for over a hundred thousand years, was the size of an asteroid, and its place of launching beyond the trace of any man-made telescope. Its crew was an enigma. The other ship had been out of Endeavor Station just a few months, was a tiny ore-prospector with a crew of three: Rafe, Paul and Paul's wife Jillan.

Two ships were on a collision course which neither could avoid in time. The three humans were the first of their species the masters of the monster had encountered, but now two were already dead and one was dying. But that could be remedied -- and was, multifold.

Here is a truly unique novel by the author of the Hugo-winning DOWNBELOW STATION, that dares to explore the unexplorable -- for what does alien mean, what can an infinite universe hold, and what would being merely human signify in that terrible context?