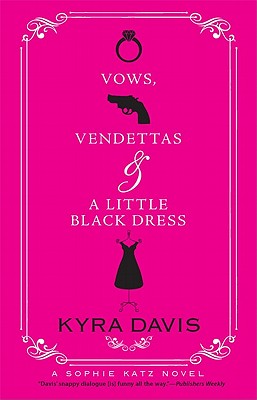 Share:
Overjoyed at Maryanne's engagement, amateur sleuth Sophie Katz can't wait for the wedding vows and party toasts to begin. But then Dena--best friend, bridesmaid and all-around vixen--is mysteriously shot just after the announcement. Leave this to the authorities? No way. Dena may never walk again, and Sophie vows to marry her fists with the shooter's face.

Problem is, the number of suspects is off the charts--from jaded lovers to anti-free-lovers to just plain old haters. Dena's made plenty of enemies thanks to her popular sex shop--and, yes, she's no saint--but really, who deserves to be shot?

With an uberlogical almost boyfriend condemning her vigilante quest, and a wedding planner going vicariously bridezilla over the dream princess wedding, Sophie's barely thinking straight. But if she can keep her cool (and avoid all errant taffeta), she just might nab her man and save the (wedding) day.