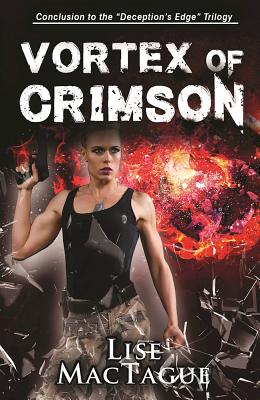 Share:
All Torrin Ivanov wanted was to get Jak Stowell back, that was supposed to be the hard part. In a cruel twist, Jak is hers again, but her girlfriend is literally losing her mind. The only help can be found on the last planet in the universe to which Torrin would like to return... To cure Jak, they must return to her war-ravaged home planet, Haefen.

For Jak, returning to her home planet gives her the chance to make good on a promise too long deferred. But will she be able to finally take out her brother's killer? Or will she be pulled into the dark undertow of local politics...

The two women soon find that politics pale next to the threat of the one who still hunts Jak. This time he has bait -- Torrin's sister, Nat Ivanov. As their search intensifies, Torrin and Jak realize that despite all of the obstacles in their way, one thing is clear -- they can at least depend on each other. But will that be enough?

"Vortex of Crimson" is the exciting conclusion to author Lise MacTague's On Deception's Edge series.