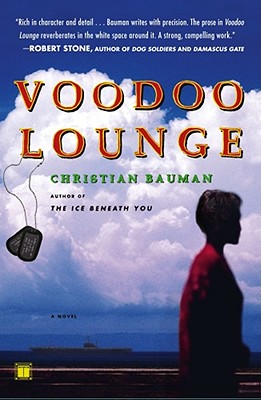 Tory Harris and Junior Davis were in love -- a fierce, drunk barracks love that finally exploded in deception and betrayal. When their paths cross again it is the opening days of the U.S. invasion of Haiti -- the strangest of America's "little wars" of the 1990s. Rooted in the inner struggles of its characters and the weight of their secrets, Voodoo Lounge is the story of addiction in a triangle: Harris, a young, driven sergeant, the only female in her detachment; Davis, the disgraced former soldier whose tragedy burns all it touches; and Marc Hall, a Haitian-American intelligence officer sent to occupy his mother's homeland.
In living, detailed portraits, the novel segues through an army boat, an old missionary ship, the depths of a Haitian prison, and a squatters' camp in the shadow of an HIV hospital. Voodoo Lounge emerges as a novel of longing and love, of excess and bareness, of betrayal flowing in the blood, and the cold, blind passion for redemption.
Reviews from Goodreads.com