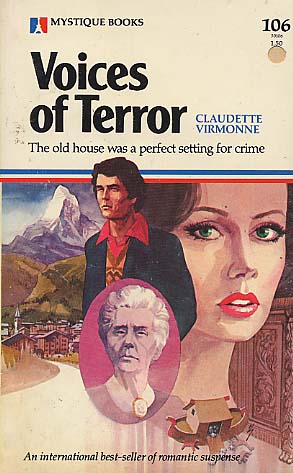 Share:
The old house was a perfect setting for crime

Her dying words hinted at evil

When her Great-Aunt Rachel died, Heather inherited the old woman's house. But it wasn't until she went to live in it that she found the letter her aunt had never mailed.

"They come in the night," the letter said. "Strange noises that come from nowhere, like whispers."

Icy fear shot through Heather. She had heard those same peculiar noises. Had Aunt Rachel's death been caused by sheer terror? Did somebody... or something... want the house to itself?