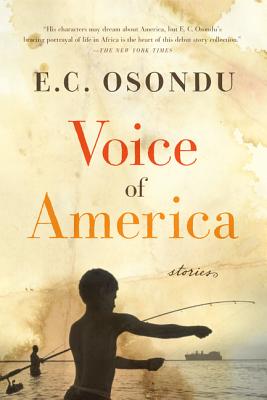 Share:
An electrifying debut from a winner of the Caine Prize for African Writing

E. C. Osondu is a fearless and passionate new writer, whose stories echo the joys and struggles of a cruel, beautiful world. His characters burst from the page--they fight, beg, love, grieve, but ultimately they are dreamers. Set in Nigeria and the United States, Voice of America moves from the fears and dreams of boys and girls in villages and refugee camps to the disillusionment and confusion of young married couples living in America, and then back to bustling Lagos.

In Waiting, two young refugees make their way through another day, fighting for meals and hoping for a miracle that will carry them out of the camp; in A Simple Case, the boyfriend of a prostitute is rounded up by the local police and must charm his fellow prisoners for protection and survival; and in Miracle Baby, the trials of pregnancy and mothers-in-law are laid bare in a woman's return to her homeland. Each of the eighteen stories here possesses a voice at once striking and elegant, capturing the dramatic lives of an unforgettable cast of characters.

Written with exhilarating energy and warmth, the stories of Voice of America are full of humor, pathos, and wisdom, marking the debut of an extraordinary new talent.