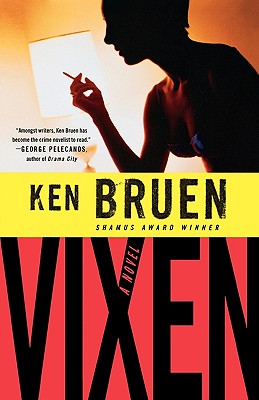 Share:
For the Southeast London police squad, it's rough, tough, dirty business as usual. The Vixen, the most sensuos, crazed female serial killer ever, is masterminding a series of lethal explosions. She is unpredictable, wild, angry--and the cops don't even know she exists.

Meanwhile, Inspector Roberts is helpless to stop the explosions and his subordinates aren't doing much better. Brant is consumed with an even-bigger-than-usual mean streak, and fast-rising Porter Nash finds himself facing serious health problems--everything to do with needles. PC MacDonald is determined to soldier on, whatever the cost, and the career of a new addition to the squad, WPC Andrews, starts spectacularly but with Falls as her mentor she's not expected to last long. At the top, Superintendent Brown is close to a coronary, and arresting the wrong man in a blaze of publicity is only the beginning of his problems.