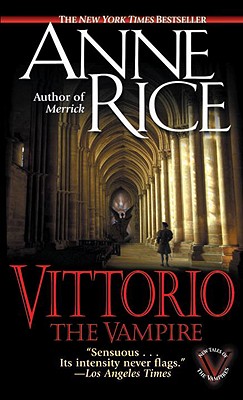 Share:
"[A] LUSHLY DESCRIBED STORY OF HOW VITTORIO DI RINIARI BECAME A VAMPIRE ... In the year 1450, he witnesses the massacre of his entire family by a band of demons. Fleeing from the primal scene, he follows the fiends in search of vengeance, and instead is overcome by the devastatingly beautiful 'strega,' the bare-shouldered Ursula. His desire for revenge and his desire for Ursula propels him in a dizzy descent to religion's darkest side."
--Publishers Weekly