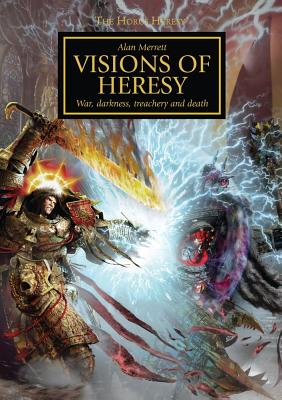 Share:
A stunning artefact book for fans of the Horus Heresy

From the ashes of the Great Crusade, treachery was born. Always first among the superhuman primarchs, the newly dubbed Warmaster Horus turned his back upon the Emperor and embraced the dark powers of Chaos. With fully half the military might of the fledgling Imperium at his command, he set his sights upon the throne of Holy Terra and waged a war which would divide the galaxy forever... Visions of war, visions of darkness, of treachery and death -- all of this and more is contained within this heretical volume. Iconic depictions of the Space Marine Legions and the heroes that commanded them are presented alongside artwork from renowned artists Neil Robert, as well as brand new historical notes on the Warhammer 40,000 universe by Alan Merrett. Witness the end of an era and the beginning of something far darker, as the Heresy continues to unfold.