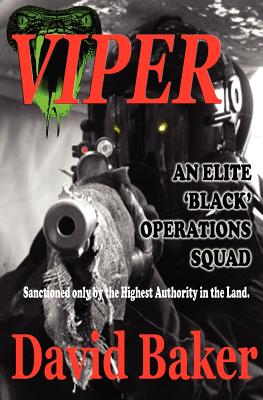 If you like action packed fiction, by authors like Stephen Leather, Robert Ludlum or Chris Ryan, you will love this new novel, 'VIPER' by David Baker. Loaded with non-stop intrigue and suspense and breakneck speed action. A thrilling, plot twisting read with real-life parallels and possibilities to chew on. This is David's first book in the 'Viper' series. He is currently working on 'Viper 2 - The Master of Tomorrows Spawn' . VIPER a secret Elite 'Black' Operations squad, formed in Margaret Thatcher's era following the Iranian Siege in London, continues to this day. A closely guarded British Secret, handed down from one Prime Minister to the next. Operations are sanctioned only by the serving British PM, through Charles Baker the Head of Viper. The Vipers are in Cyprus having hunted down their latest prey, two Bosnian Muslim brothers, arms dealers. They have been negotiating the purchase of a radioisotope thermoelectric generator (RTG) unit, complete with a radioactive reactor which can be removed and ground to a dust to make 'Dirty Bombs'. The buyer, Abu Karim, the leader of a new Islamic terrorist extremist party 'Sayed-al-Ghad' is planning to carry out worldwide attacks on the 10th September using the radioactive waste in body-worn human bombs, to upstage Al-Qaeda to which this new group's leader was once attached. With the recent demise of Osama bin Laden, time is of the essence for Abu Karim and now Viper. This Elite Squad starts to strike at its prey, following the sickening and ruthless kidnapping of a fifteen year old girl. Following the dealers to Georgia where the RTG is stored Viper must prevent the RTG falling into the hands of Evil - "At any cost!"
Reviews from Goodreads.com