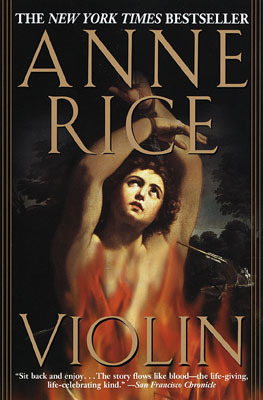 Share:
In the grand manner of Interview with the Vampire, Anne Rice's new novel moves across time and the continents, from nineteenth-century Vienna to a St. Charles Greek Revival mansion in present-day New Orleans to dazzling capitals of the modern-day world, telling a story of two charismatic figures bound to each other by a passionate commitment to music as a means of rapture, seduction, and liberation.

While grieving the death of her husband, Triana falls prey to the demonic fiddler Stefan, a tormented ghost of a Russian aristocrat who uses his magic violin first to enchant, then to dominate and draw her into a state of madness.

But Triana understands the power of the music perhaps even more than Stefan--and she sets out to resist him and to fight, not only for her sanity, but for her life. The struggle draws them both into a terrifying supernatural realm where they find themselves surrounded by memories, by horrors, and by overwhelming truths. Battling desperately, they are at last propelled toward the novel's astonishing and unforgettable climax.