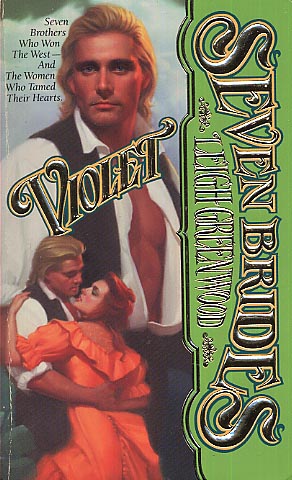 Broken and bitter, Jefferson Randolph could never forget all he had lost in the War Between The States -- or forgive those he had fought. Long after most of his six brothers had found wedded bliss, the former Rebel soldier kept himself buried in work, only dreaming of one day marrying a true daughter of the South. then a run-in with a Yankee schoolteacher taught him that he had a lot to learn about passion.

Violet Goodwin was too refined and genteel for an ornery bachelor like Jeff. Yet before he knew it, his disdain for Violet was blossoming into desire. But Jeff feared that love alone wasn't enough to help him put his past behind him -- or to convince a proper lady that she could find happiness as the newest bride in the rowdy Randolph clan.