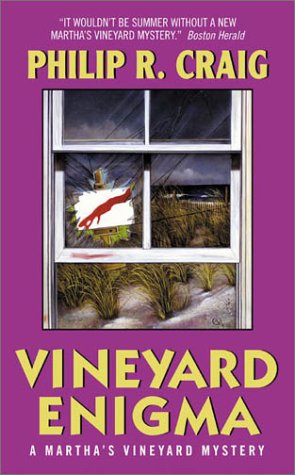 Violent crime is a rarity on the tranquil shores of Martha's Vineyard, which is why ex-cop J.W. Jackson turned in his Boston badge to retire to the idyllic isle. And that's what makes a six-month-old murder so troubling to the perplexed locals. But Jackson's got troubles of his own--including a loving wife, Zee, who's becoming curiously distant . . . and the arrival of a mysterious visitor who's searching for a valuable set of stolen statues, and who's certain J.W.'s the man to hunt them down. It's an assignment that plunges the fisherman/chef-cum-private investigator into an unfamiliar milieu: the Vineyard's cutthroat world of art aficionados. And suddenly J.W. finds himself pitted against some of the island's most powerful and unscrupulous figures, uncovering lethal threads that may connect an unsolved mutilation/slaying with those who would stop at nothing--including murder--to add rare forbidden objects to their collections.