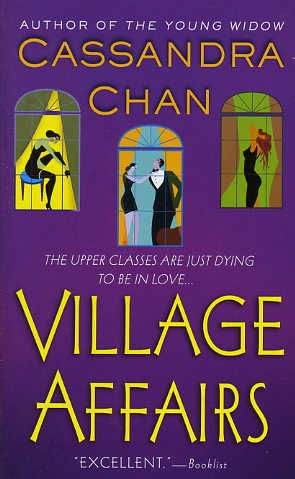 Share:
Cassandra Chan dazzles with her mastery of the traditional English mystery in this second novel featuring the investigative duo of Gibbons and Bethancourt. Move over, Peter Wimsey!

THERE'S BEEN A DEATH IN THE COUNTRY
Scotland Yard Detective Sergeant Jack Gibbons hears about the death of a middle-aged widower in Chipping Chedding, a small town in the English Cotswolds, and can't believe his luck. His best friend, wealthy man-about-town Phillip Bethancourt, just so happens to be in Chipping Chedding already, accompanying his model girlfriend on a fashion shoot on a country estate. Since Phillip often indulges his interest in a good mystery by aiding Jack's investigations, it's natural he'd do so now.

BUT THE TRUTH HAS GONE TO THE GRAVE
Though Charlie Bingham's death appears to have been accidental, tracing his movements on the evening of his death proves difficult, and Jack and Phillip begin to suspect foul play. It seems Bingham was going to visit his girlfriend...but no one in Chipping Chedding knows who she is. And when it turns out that Bingham was hiding enormous wealth from his fellow villagers, a whole new crop of suspects begins crawling out of the woodwork...