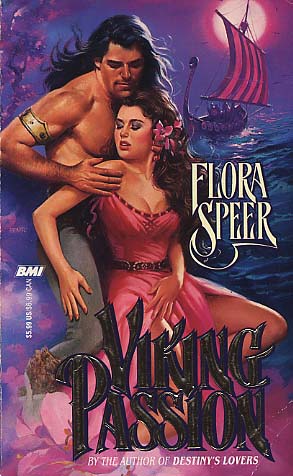 Share:
VIKING CAPTIVE
Her spirit unbroken despite the terrifying raid that destroyed her home, Lenora vowed she would hate all Norsemen. But her vow proved difficult to fulfill when she was given to Erik the Far-Traveler. Unlike his brother, who had captured her, Erik preferred his wits to his sword, and masterful seduction to brute force.

VIKING LOVER
Though the beautiful Saxon thrall was his for the taking, Erik swore he would never touch his hated brother's leavings. Yet how could he deny his powerful yearning to bury himself in Lenora's yielding warmth? In a world of shifting loyalties and constant warfare, he would risk all to consummate his wild Viking passion.