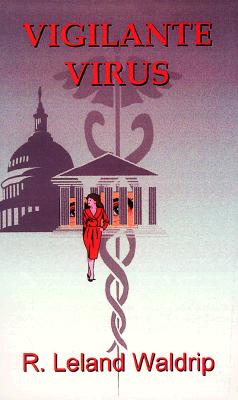 Share:
Eminent micro-biologist Marcus Peterson invented an organism to stop the activities of rapists, wife-beaters, child abusers and other sexual outlaws, became a vigilante to implement his project, and set off a chain of events which he never dreamed possible. Reporter Janet Lowrey would sacrifice anything to find and expose the Vigilante. Sharon Peterson's obsession to clear and honor her father's name would bring her face to face with horror and eminent death.
Not your ordinary medical thriller! It weaves the lives of many characters into a story of a man who stalks stalkers and those who stalk him, of victims, of flawed principles and twisted agendas, of good intentions and unintended consequences. VIGILANTE VIRUS--this is one for your memory banks.